The Power Of Your Thoughts: What Are You Telling And Selling The World?

Jeffrey Allen - Energy Healer, Author and Speaker
The Power Of Your Thoughts: What Are You Telling And Selling The World?
11:20

I want to share with you a really powerful insight into how we communicate with each other.

If you understand this insight, I promise you can avoid countless hours of frustrating, confusing, and needless conversations with people. It's really powerful – this single insight has made a gigantic difference in my life.

If you want to follow along, you'll find a transcript of the talk below. Enjoy!

"Hi everyone! I'm Jeffrey Allen, and I want to share with you a really powerful insight into how we communicate with each other.

And I don't mean our conscious communication through writing or speaking, but rather our energetic communication – what we're sending to each other all the time energetically, even though we're unconscious about it.

If you understand this insight, I promise you can avoid countless hours of frustrating, confusing, and needless conversations with people. It's really powerful! This single insight has made a gigantic difference in my life.

I noticed this insight in my interactions with others – in my relationships, with my students and clients around the world, with my coworkers, and so on. Everybody really follows the same pattern energetically.

This privacy depends on the level of awareness of the people around you.

There are 3 big categories of awareness that I like to talk about.

The first category is people who are very aware or very sensitive and are picking up things from other people all the time. These people are a small percentage of the population. They often feel they are too connected, and they don't know how to turn it off.

The second category is for most people on the planet right now. This is our normal semi-consciousness. We feel kind of private and separate with our thoughts, yet sometimes we have glimpses of connection or intuition with other people. This is normal. The majority of people fall in this category.

In the third category, there are still a few people who are in a very unconscious state. They generally look completely dogmatic. These people are stuck on a particular message or a particular belief. They're not able to receive any other information from anybody about it. These people typically feel very disconnected or isolated. Unfortunately, these people are typically in a lot of pain as well. This can be a little bit of a dangerous situation to be in.

You can think of this awareness like having a radio...

What Story are you Telling?

Everyone has their story about themselves, that they're constantly telling and selling to the world.

This story is mostly made up of what we want other people to think about us and what we are afraid people will think about us. And we're all buying and selling thesetion stories all day long.

Depending on how conscious we are, we have different reactions to people.

For example, if someone wants to impress me, I can feel that story. And if I buy that story, I'll think, Wow that person really impressed me.

But if I just observed their story and didn't buy it, I might think, Huh, that person really wanted to impress me. This is a very different and a less confused perception. It's very clear there was simply something they wanted, rather than something I bought and took on.

Are You Selling Your Fears?

Let me give you a couple more examples...

I had a conversation today with a coworker. We were scheduling a meeting that was supposed to happen today, and she wasn't able to make this meeting at the last minute.

She was really afraid that I would be disappointed because she couldn't make this meeting, and I can feel that energy so strongly. It's like she was begging for me to agree – she was selling me the story about being disappointed in her.

But fortunately, I understand energy and I just asked myself, Am I really feeling disappointed? Or am I simply believing her expectations or her fear that I might be disappointed?

And when I put it that way, immediately I could see that I'm not disappointed. It's totally okay with me, and I can understand why she has that fear. So, now we can just have a conversation about that instead of going to a whole miscommunication of disappointment that actually isn't real.

The reason I'm sharing this with you is that these are the kinds of situations that tend to lead to long, prolonged communication that's uncomfortable, confusing, frustrating and really needless. If you can catch it in the very beginning, you can skip over that whole difficult conversation. It's great!

Another example is somebody who radiates confidence into the world. Even if they don't feel it inside, people will still believe it. This is why "fake it till you make it" really works – because you're broadcasting what you want people to think about you.

For example, if someone does this as a speaker, where they're just radiating "I really want people to think I am a confident speaker" (that's the strongest energy that they're broadcasting out), then people are going to think either "Wow she's a really confident speaker" (in which case they bought the story) or "Wow she appears very confident on stage" (a little bit different statement but still positive).

The second statement includes a deeper level of awareness and context, and an understanding that her story and reality may not be completely the same. And that's totally ok.

The same speaker could have come out with a strong fear that they were selling instead, like "I'm afraid they'll notice I'm nervous." In which case, most people, because they are semi-unconscious, would agree and think "She looked nervous."

A more conscious person might notice, "Ah, I think she was worried about looking nervous, but actually she's a very good speaker." So again, they had a deeper level of awareness and the understanding that the story and reality are not always the same. This is such an important understanding.

Are You Selling Your Insecurities?

I've seen this so many times with couples who are friends, where one person thinks, "Oh my partner is gorgeous and fantastic and perfect for me." Yet, their partner has a body insecurity that they are broadcasting to the world.

This is the tragic part because we program the world around us to our biggest fears. And we basically create self-fulfilling prophecies.

So, I want you to please stop selling your body insecurities to the world.

Whatever it is you think might be your insecurity, I want you to just cross that out and think of one positive thing that you would like people to think about you. "I'd like people to think I have a great smile!" Pick something that's easy for you. Then you will start to broadcast that, and you'll convince people of that instead.

Is Your Energy Louder than Your Words?

I want to share one more example with you that I think you can relate to and that shows just how powerful this energy communication can be.

Sometimes when I'm having a conversation with my wife, everything is going well and out of the blue she'll ask me, "Are you angry?" And, if I'm not conscious, my response is often "No. I'm not angry!" (in a slightly angry and defensive voice).

What's happening there is she's picking up on my energy of anger before I am even aware of it. I have two ways that I can respond to this:

Or, I can take the more conscious approach which is, "Maybe I am getting a little angry but I haven't noticed it yet or I didn't want to admit that to myself yet."

If I take this more conscious approach, immediately I move into greater self-awareness. I can ask myself that question of "What is it that's starting to get to me? What am I angry about? Is there some confusion or misunderstanding?". I can start to address it before it becomes an overwhelming energy in my space. This is a perfect way to use energy communication to your advantage.

3 Tips for Communicating with Energy

There are three things to remember about communicating with energy.

1. You're telling and selling your stories to people all the time, even if neither of you are aware of it.

I want you to start to notice this. You'll be surprised how this changes your view of the world. It's one of the most fundamental shifts in perception you can have. And you're really starting to peek behind the curtains with this awareness.

2. You're strongest desires and fears are what you're telling and selling to others.

On the positive side, you might be broadcasting something like "We are deeply in love", and the other person is buying that, and they are falling deeper and deeper in love with you.

On the negative side, you might be broadcasting "I'm afraid you'll think I'm boring" – in which case most people will instantly agree because fears are, in general, quite boring.

So remember, you're always selling your story to the world, especially to people that are close to you. I strongly recommend that you only sell the stories that you want people to buy.

So take a look at your stories, deal with your fears and insecurities instead of broadcasting them and convincing the world that they're true. And if you can't shake them, then at least communicate them openly so everyone understands it's a fear. Say something like, "I'm afraid you'll be disappointed in me." This is way better and more productive to say it than to just think it and broadcast it energetically.

The third point I want you to remember is:

Don't automatically agree with their fears and insecurities. Ask yourself, "Why am I thinking about this about my friend? Is this really my thought or just their fear or idea? Do I really want to buy this story?"

This is especially easy if you notice yourself being judgmental. There's a good chance that it's someone else's fear, rather than your honest opinion of them. Don't let yourself buy it.

This will save you countless hours of frustrating role-playing in your relationships with others.

So, I'll repeat these 3 reminders again:

Thank you so much for listening! I'm Jeffrey Allen, and I hope you have fun with your new awareness!" 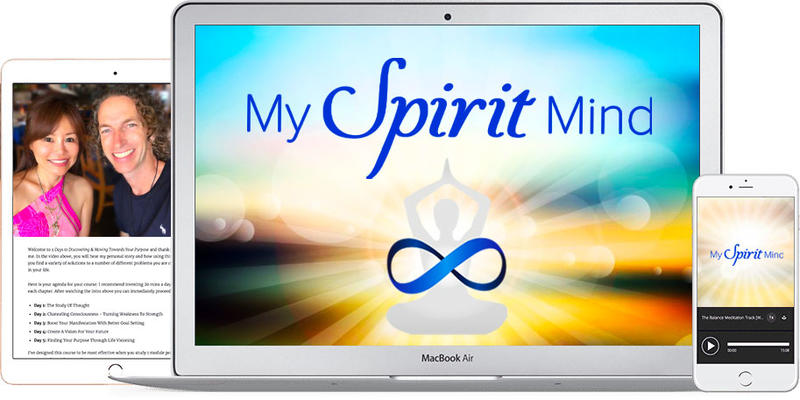 Our new My Spirit Mind training is coming soon!

Enter your name and email below to get a special discount invitation. 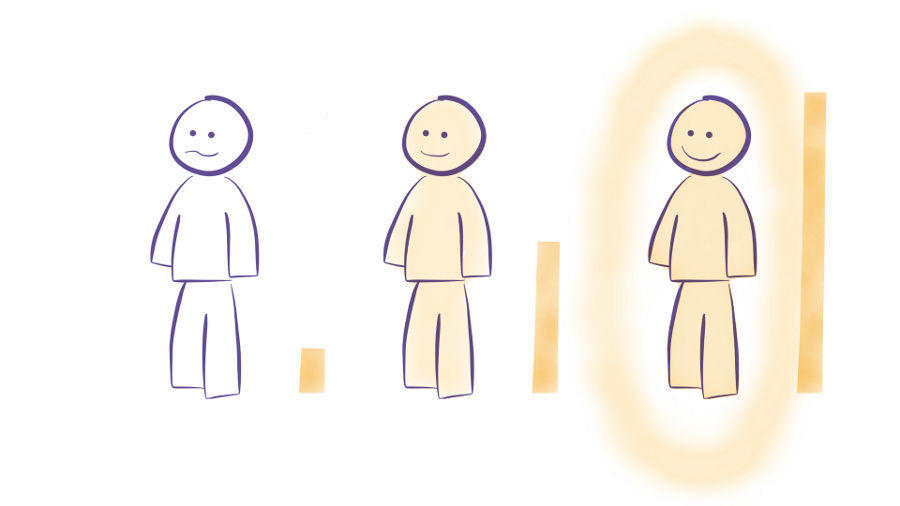 Get Free Access to my 7 Top Tips for Energy Awareness 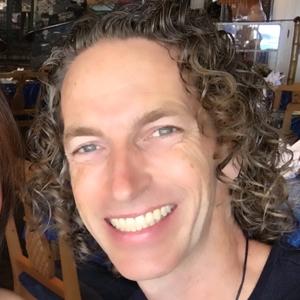 Jeffrey Allen is a popular Mindvalley author and speaker, a powerful energy healer, and a pioneer in online energy training.

Jeffrey has taught thousands of people how to harness the power of their own energy & awareness... 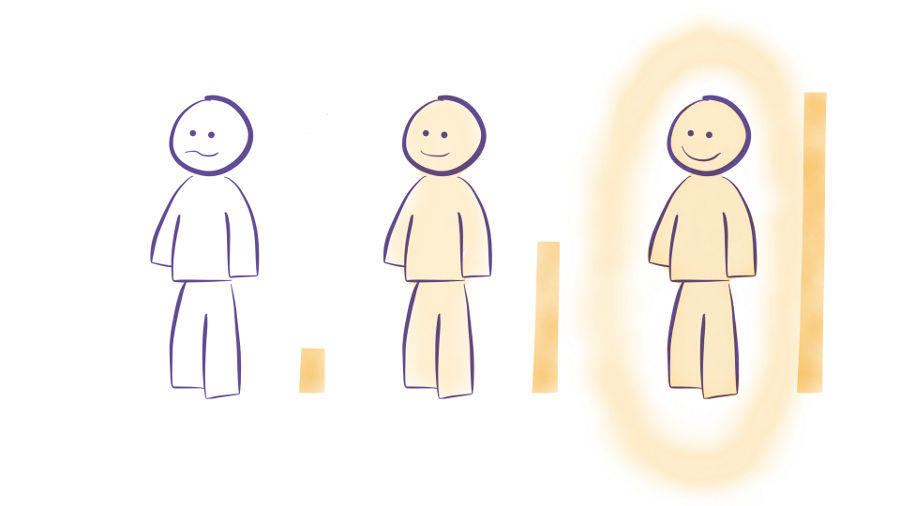 In just a few minutes each day, you can make real changes in your life.  In Jeffrey's 7-day Energy Starter Kit, you'll learn his Top 7 Tools for Energy Awareness to help you: